ron, a blockchain-based ecosystem for digital content, might be the latest new kid on the cryptocurrency block — but with the help of the Chinese government, this latest crypto venture has a shot at giving bitcoin a run for its money.

On Saturday Tron Labs announced on its Medium page that a sibling social media company — Peiwo APP — received official recognition from the Chinese government. Known as the National High-tech Enterprise qualification, this endorsement will provied Peiwo with preferential status for research funding, staffing, and more.

Both Tron and Peiwo are part of the Tron Union, which is owned by the Beijing-based tech entrepreneur, Justin Sun. This newfound national recognition means that the fusion of social media and blockchain tech might become more common, but it also might mean a boost in the value of TRX, the coin used for exchanges in this digital ecosystem.

As far as Sun himself is concerned, the endorsement of Peiwo represents a larger acknowledgment on the part of the Chinese government of what the Tron Union is doing.

Tron was originally designed to give digital media creators total control and ownership of the content they create. Instead of having to publish the stuff they create on intermediary sites like Google Play or the Apple Store they have the power to manage their own content with Tron. 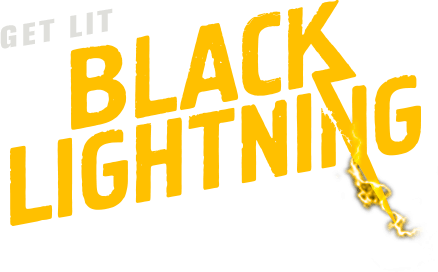 Peiwo is best described as China’s Snapchat, as it connects users by analyzing 10-second voice recordings. It also runs on the Tron blockchain environment. Now that it has caught the interest of the Chinese government it will surely see an influx of improvements and updates.

This means that the app’s user base, which has already reached 10 million, will likely increase giving Tron more exposure and potentially get people more interested in trading TRX.

Just last month the cryptocurrency was worth less than a penny, but it saw a huge surge during the first couple of days of 2018 reaching highs of 26 cents. At the time of writing this TRX is valued at roughly 17 cents, according to Coin Gecko.

While the market doesn’t seem to be reacting to the Chinese government’s recognition of Peiwo just yet, you can count on investors keeping on eye out for the chance to hop on the next big cryptocurrency trend.

About the Author: admin

As an alternative to the unified payment gateway, COMPANY can provide a QR code based payment model. In this model, the billing desk will have a QR code on display.
If a customer wishes to pay with coins, he/she will fire up an app and scan the QR Code. The
QR Code will tell the app where the coins will be transferred to. Once the customer completes
payment, the billing desk will receive a confirmation via email/message. The POS clerk will recognize
the crypto transfer as a cash sale.

Full integration is also available; it is recommended that an implementation partner be brought in to do
the integration.

Services available
to launch a new coin or token on an enterprise level blockchain on a custom timeline.

Client can list existing coin on our Major Exchange for trading volume and liquidity.

Pre-ICO Services available to launch a new coin or token on an enterprise
level blockchain on a custom timeline with pre-ICO for 30 days, and ICO period for 10 days.

Client to utilize Major exchange business module allowing Client to utilize exclusive branding
around existing infrastructure and technology. The White Label Exchange Platform is a completely
hosted and maintained solution. The Client does not have any technical responsibilities.
The licensee holds the right to determine which coins get listed on their exchange.

The licensee holds the right to determine which coins get listed on their exchange.

The Custom Cryptocurrency Exchange (CCE) is a complete standalone
exchange platform designed as a turn-key solution with standard functionality to start trading digital
and fiat currencies in multiple languages. The software suite deploys compliant applications
which connect to the global exchange marketplace.